Back to all posts

The Pioneer of Popabilly Country Releases to Australia

Perth based Gary Anderson, following his American performances in Texas from November to December last year, has released his first single to Australia through CRS Digital. Gary, who is now managed in America by Rick Barker (The man who discovered and launched the career of Taylor Swift) is excited to get his single "Just Still Letting Go" not only to Australia but globally.
CS Management is also excited at representing Gary here in Australia.

The song tells the story of a guy who is struggling with a relationship break up and is in no rush to just let it all go quickly, hoping that it may rekindle.
His friends being concerned about him, encourage him to move on and also urge him to get back to reality, as they feel it's been long enough since the break-up, and they try to convince him that it's all over. However, he staunchly defends his position and admits he is thinking that if he takes his time, she may just change her mind, but he certainly won't make a move, until he hear's from her. He cleverly hammers his reasonings and feelings home at the end of the song.

We are currently working on East Coast performances for this dynamic entertainer, as he works his magic in the studio producing his debut Album.
Want to know about Gary Anderson and Popabilly Country call for an interview.
Interviews: Cameron Syrett: 0437 880 887 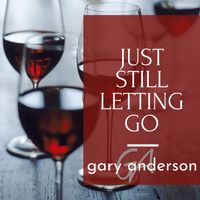